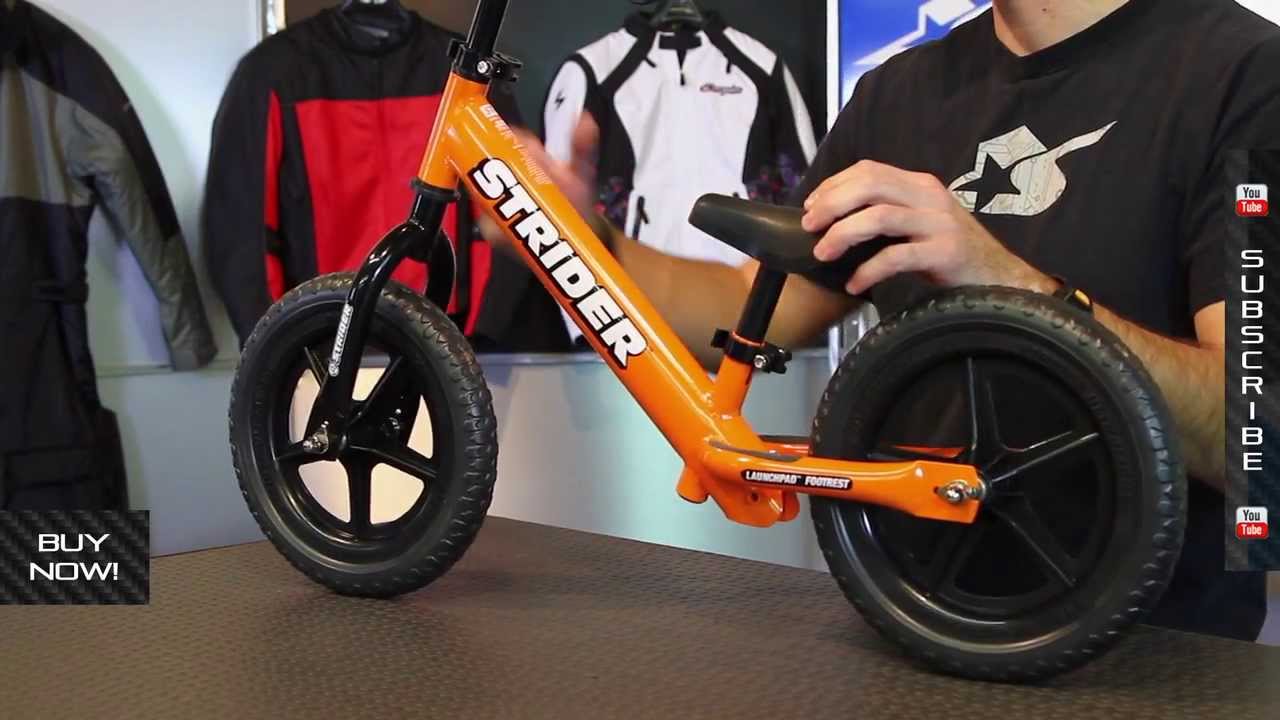 If, like me, you also got tired of carrying a nagging toddler because he refuses to sit in a stroller but gets tired too quickly when you are out and about, a no-pedal balance bike like this one from Strider might be the solution for you.  Designed for toddlers from 18 months up until 5 years old, the Strider ST-4 promises to last you quite a while, preparing your little one for a real bike without the nuisance of pedals and training wheels.

It allows the child to focus on the most important aspect of biking: balance and steering, without confusing him with pedals, which tend to just be in the way in any case. Toddlers who use balance bikes can cruise over pavement, grass, and dirt without a problem and, when they outgrow it, step right over to a “big bike” without the need for training wheels.

When unboxing the Strider ST-4, I was amazed at how lightweight it was. Not only does this give the toddler ultimate control over the bike but, in the unlikely case of having to carry both the tot and the bike, the extra weight wouldn’t be that much of a burden. I say “unlikely,” because toddlers are usually inseparable from their bikes, and my girl is no exception: as soon as she opens her eyes in the morning, she starts nagging me to let her go outside and ride her bike.

To come back to the unboxing: the bike is shipped in parts and needs to be assembled, but it really doesn’t require a degree in engineering and I had it figured out pretty quickly. Adjusting the handles and seat to suit the child’s size is also a breeze and doesn’t require any tools. The Strider ST-4 I tested was a bright red one and really comes with a beautiful, glossy finish. How long it will last before starting to peel and flake is another question. It looks like pretty decent quality paint, though and after my daughter took it for a ride in the park with all the manhandling that comes with it, the bike still looked untouched.

As mentioned before, the Strider ST-4 is a lightweight bike that weighs in at only 6.7 pounds, so my daughter found it very easy to control. But, don’t get me wrong, this is not a flimsy bike. It definitely feels sturdy enough to last at least a couple of years, even if the owner is a heavy-handed toddler. The seat is super low, inspiring confidence in any new rider, and the quick clamps allowed me to adjust it along with the handlebars to fit my daughter’s tiny hips and hands perfectly

.Apparently, the bike can accommodate children of up to 60 pounds, allowing the bike to grow with your child. The wheels are also ultra-light and made from an EVA polymer which is very durable and doesn’t require any filling to keep it inflated. The only downside to this is that these tires don’t give much traction when you use the bike outdoors and the air is much more effective at cushioning bumps from driving over rocks and rough terrain.

My daughter also complained a bit that the plastic saddle is really hard and somewhat uncomfortable, but most parents will appreciate the fact that it is completely waterproof and won’t rip apart as seats covered in imitation leather tend to do when exposed to the elements. The Strider ST-4 also features patented Launchpad footrests, which are integrated into the frame and allow the tot to place both his legs on the frame. As soon as the bike is moving, it can accommodate even some more advanced moves, such as standing upright. This balance bike comes with a one-year warranty against manufacturing defects.

The Strider ST-4 makes use of the brand’s famous no-pedal concept, but I like that they have combined a variety of new features and parts to bring this bike to a whole new level.

What I love most about balance bikes is that they help your toddler to focus on his balance, motor, and coordination skills while inspiring confidence, and the Strider ST-4 is no exception.  This bike doesn’t force your toddler to start moving fast right away. After unboxing my daughter’s first balance bike, we had her try it out inside the house, on the carpet first (obviously we wouldn’t allow it after her first outdoor drive).

The extra traction made her more confident, as did the fact that she could keep both her feet planted on the ground whenever she wanted.  She totally learned to ride a balance bike at her own pace, which is a great way to make a child feel comfortable and confident.  Tricycles just don’t help develop the same coordination and balance skills and watching her testing out the Strider ST-4 just made me realize once again that we won’t even need training wheels as soon as she moves over to a bike with pedals.

Children usually start using a balance bike like this by walking while clutching the handlebars.  As soon as the bike starts to roll along, they quickly learn how to go faster by running and how to lift up their feet for a moment to let the bike glide freely while the wheels do the rest. All toddlers instinctively learn how to control the bike by immediately placing their feet on the ground as soon as they start losing their balance or if it feels like the bike is going a bit too fast. As my daughter is already a bit of an advanced rider, she is already able to go down the skate ramps in the park with the Strider ST-4 while using the balance skills that she has developed with her own bike.

When looking at safety aspects, I really like how the Strider ST-4 doesn’t have any moving chains or sharp sprockets that may cause injuries in a learning tot. Pedals would have absolutely ruined the whole cycling experience for such a young child, but I have already covered that aspect. And of course, weighing in at about a third of the weight of a typical 12-inch bike, your child will be able to control this bike at all times and will never end up pinned to the ground underneath the bike.

On closer inspection, I did however feel that the bolts that secure the rear tire are a bit protrusive and I would have rather wanted them to be recessed but watching my daughter handle the bike, I haven’t come across any other safety issues. Obviously, when it comes to cycling safety, parents should also take responsibility and ensure that their tot wears a child-sized helmet and protection pads at all times, as falls are going to happen – no matter how safe the bike.

The Strider ST-4 is a great starter bike for a young toddler. Because it is so lightweight, even younger children have no trouble handling and controlling it.  For an older child, a slightly larger bike would be more appropriate, especially if he is going to spend a lot of time on it outdoors, as the Strider ST-4 may get a bit uncomfortable after a while.

Road Rules to Teach Your Kids 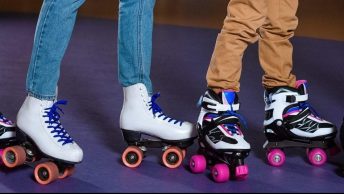 The Best Roller Skates for Kids 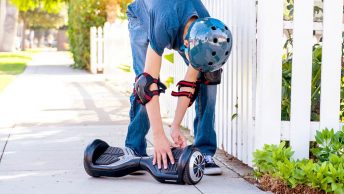 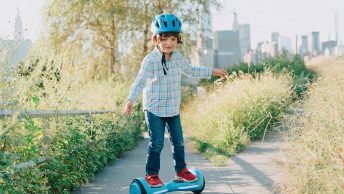 How to Ride a Hoverboard 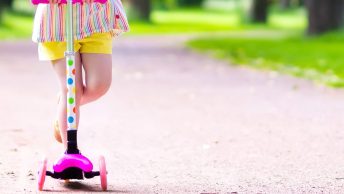 The Best 3 Wheel Scooters For Kids 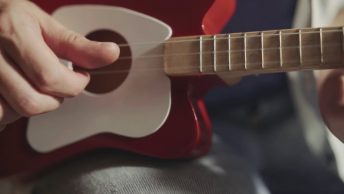